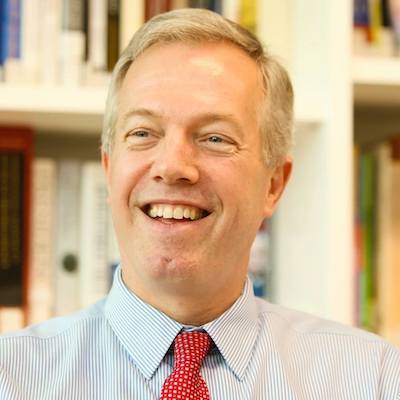 Former ambassador Ted Osius is President & CEO of the US-ASEAN Business Council.  Founded in 1984, the Council represents 170 of the largest American businesses in Southeast Asia through its headquarters in Washington, DC, and its seven regional offices.

A diplomat for thirty years, Ambassador Osius served from 2014 to 2017 as U.S. ambassador to Vietnam.  Leading a team of 900, Ambassador Osius devised and implemented strategies to deepen economic, security and cultural ties between the two countries.  In October 2021, Rutgers University Press will publish his book, Nothing Is Impossible: America’s Reconciliation with Vietnam, covering the two countries’ 25-year journey from adversaries to friends and partners.

After his departure from government, Osius joined Google Asia-Pacific as Vice President for Government Affairs and Public Policy, covering 19 Asian nations from Google’s Singapore headquarters.  Earlier, he was a senior advisor at the Albright-Stonebridge Group and the first Vice President of Fulbright University Vietnam.  Osius was associate professor at the National War College and Senior Fellow at the Center for Strategic and International Studies.

As a diplomat, Osius served as Deputy Chief of Mission in Jakarta, Indonesia, and Political Minister-Counselor in New Delhi, India.  Osius also served as deputy director of the Office of Korean Affairs at the State Department, regional environment officer for Southeast Asia and the Pacific, and senior advisor on Asia and trade to Vice President Al Gore.  He also served in Bangkok, Ho Chi Minh City, Manila, and at the United Nations.

Ambassador Osius has authored numerous articles on Foreign Service tradecraft and U.S.-Asia policy.  He wrote The U.S.-Japan Security Alliance: Why It Matters and How To Strengthen It (CSIS/Praeger 2002) as a fellow at the Japan Institute for International Affairs (日本国際問題研究所).  While at CSIS, he published “Global Swing States: Deepening Partnerships with India and Indonesia” (Asia Policy, January 2014), Enhancing India-ASEAN Connectivity and A US-Indonesia Partnership for 2020.

Ambassador Osius earned a Bachelor’s degree from Harvard University, a Master’s degree from Johns Hopkins University’s School of Advanced International Studies, and an Honorary Doctorate from Ho Chi Minh City University of Technology and Education.  He was the first U.S. ambassador to receive the Order of Friendship from the President of Vietnam.  He serves on the Asia Foundation’s Board of Trustees and numerous advisory boards.

Ambassador Osius speaks Vietnamese, French and Italian, and a bit of Japanese, Indonesian, Hindi, Thai, Tagalog and Greek.  He and his husband, Clayton Bond, have a seven-year-old son and six-year-old daughter.