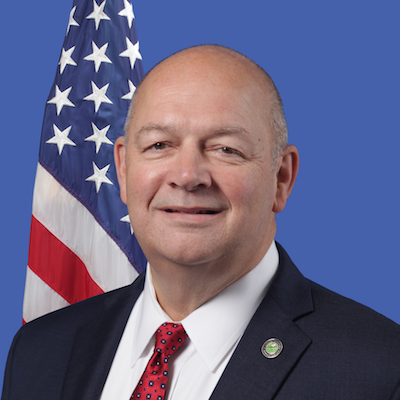 Steve Dickson currently serves as the 18th Administrator of the Federal Aviation Administration (FAA). He assumed his responsibilities leading the agency on August 12, 2019. In this role, he is responsible for overseeing all aspects of civil aviation safety within the United States and for US civil aviation interests around the world. In addition to civil aviation safety, as FAA Administrator Dickson regulates commercial space, unmanned aircraft systems, airspace security, and US airports. He is also responsible for the operations of the National Airspace System, including air traffic control operations.

Dickson retired from service as the Senior Vice President-Flight Operations for Delta Air Lines in October of 2018. In this role, Steve was responsible for the safety and operational performance of Delta’s global flight operations, as well as pilot training, crew resources, crew scheduling and regulatory compliance. He also flew in line operations as an A320 captain, and previously flew the B727, B737, B757 and B767 during his career. Captain Dickson is a strong advocate for commercial aviation safety and improvements to our National Airspace System, having served as chairman of several industry stakeholder groups and Federal advisory committees.