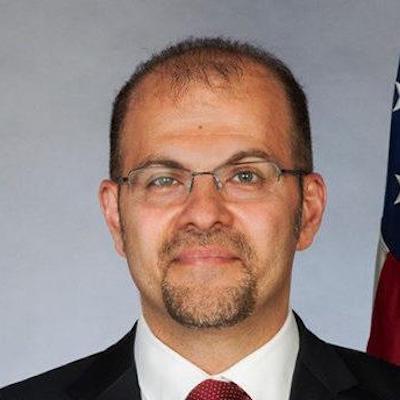 A career member of the Senior Foreign Service, Class of Minister-Counselor, Chargé d’Affaires Rafik Mansour arrived in Singapore in July 2019. He oversees the 24 U.S. government agencies represented in Singapore, working to strengthen our bilateral ties ranging from security cooperation to our robust economic relationship. Prior to his assignment to Singapore, he served as Deputy Chief of Mission and Chargé d’Affaires, a.i. of the U.S. Embassy in Yerevan, Armenia.

From 2014 to 2016, he was the Senior Deputy Director of Public Diplomacy in the Bureau of European and Eurasian Affairs, helping lead PD efforts, policy, and resources in 50 EUR countries. Other assignments include Public Affairs Officer in Libya and Algeria, Cultural Counselor in Iraq and France, Political Officer in Italy, and Political/Economic Officer in Russia. He started his Foreign Service career as Vice Consul in Haiti.

Mr. Mansour is the recipient of numerous Superior and Meritorious Honor awards from the State Department. He was also the runner-up for the 2009 Edward Murrow Award for Excellence in Public Diplomacy for exemplary use of soft power in combating violent extremism in Algeria.

Mr. Mansour obtained a B.S. in Biology and a B.A. in French Literature from the University of California, Irvine. He received a Master’s degree in National Security Strategy from the National War College. He speaks Arabic, Russian, French, Italian, and Creole.