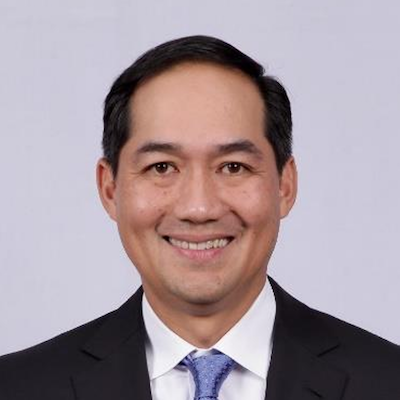 Muhammad Lutfi was appointed as Minister of Trade of the Republic of Indonesia on December 23rd, 2020 by H.E. President Joko Widodo. Prior to his appointment, he was the 20th Indonesian Ambassador to the United States of America. This is his second time serving as Minister of Trade, after the first one back in 2014.

Ambassador Lutfi has held several leadership positions in the Indonesian government. Prior to his assignment as Minister of Trade back in 2014, he was Indonesian Ambassador to Japan from 2010 to 2013, and Chairman of the Indonesian Investment Coordinating Board from 2005 to 2009.

Born in Jakarta, August 16th, 1969, Ambassador Lutfi started his career journey as an entrepreneur. His true passion for nurturing young Indonesian entrepreneurs led him to become the Chairman of the Indonesian Young Entrepreneurs Association from 2001 to 2004 and has been an inspirational figure for Indonesian young entrepreneurs.

In 2008, Ambassador Lutfi received global recognition from the World Economic Forum (WEF) when named one of the Young Global Leaders (YGL) in 2008 among other international young leaders including Larry Page and Sergey Brin of Google.

His keen interest in diplomacy and world affairs was demonstrated during his tenure as the Indonesian Ambassador to Japan since 2010. Under his leadership, he navigated the bilateral relationship between the two countries and multiplied Japan’s direct investment to Indonesia by almost seven fold.

As the Chairman of the Indonesian Investment Coordinating Board, he secured a number of high-profile investment projects and spearheaded several direct investment policy reforms. Among others, his notable key achievement includes one-stop service for investment licensing and the new Investment Law of 2007.

During his time as Minister of Trade in 2014, he was able to maintain inflation and boosted national export in the midst of global oil price turmoil. In the same year, he received the Bintang Mahaputra Adipradanaaward, one of the highest civilian honors from the Government of Indonesia, for his dedication and legacies.

As the Ambassador to the United States, he assured his commitment to step up the bilateral relation and enhanced cooperation in education, innovation, and technology.

Ambassador Lutfi studied Economics at Purdue University, West Lafayette, Indiana. He is married with one daughter. While he is an enthusiastic golfer, he also enjoys basketball, swimming, and reading.