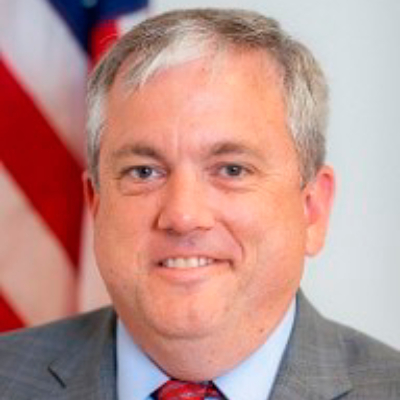 Matt Murray was appointed as the U.S. Senior Official for Asia-Pacific Economic Cooperation (APEC) in February 2022. In this role, he coordinates U.S. participation in APEC and also oversees the Office of Economic Policy in the State Department’s Bureau of East Asian and Pacific Affairs.

Prior to his current assignment, Mr. Murray led the State Department’s Bureau of Economic and Business Affairs (EB) as Senior Bureau Official from August 2021 to January 2022, and he served as Deputy Assistant Secretary of State for Trade Policy and Negotiations from September 2020 to August 2021.

Mr. Murray is a Senior Foreign Service Officer who also has served overseas in Beijing, Shanghai, Dar es Salaam and New Delhi and in Washington, D.C. as Director of the 24/7 Watch in the Bureau of Intelligence and Research. He has master’s degrees from the U.S. Army War College and the University of Pittsburgh and a bachelor’s degree from Washington College in Chestertown, Maryland.