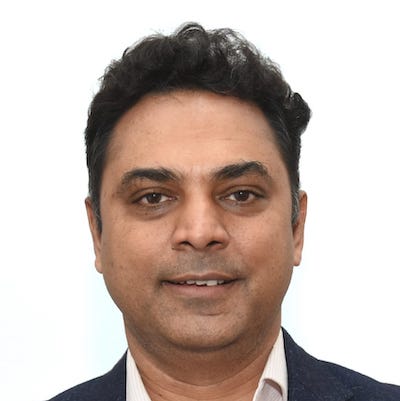 Dr. K V Subramanian, currently Chief Economic Advisor to Government of India, is a leading expert on economic policy, banking and corporate governance. A PhD from Chicago Booth and a top-ranking IIT- IIM alumnus, he authored the path-breaking Economic Survey that commends "Ethical Wealth Creation” for a prosperous India. By integrating India's rich economic and spiritual heritage with modern economic ideas, he advocates ethical wealth creation through a marriage of the invisible hand of the market with the hand of trust.

The 2019 Economic Survey – again authored by Dr Subramanian - laid out the Strategic Blueprint for India to become a $5 trillion economy by generating a “virtuous cycle” where private investment, growth, and consumption feed into each other. In the 2021 Economic Survey, he advocated counter-cyclical fiscal policy using public capital expenditure to trigger the “virtuous cycle” following the Covid crisis. Drawing on the ideas advocated in his three Economic Surveys, India’s economic policy toward a self-reliant India is now characterised by: (i) sharp focus on economic growth to complement efficient welfare by generating the resources to fund the welfare programs; (ii) growth via private sector occupying the commanding heights of the economy; and (iii) “virtuous cycle” of growth via public investment and structural reforms to enhance both aggregate supply and aggregate demand. The slew of reforms implemented by the Government draw on the ideas advocated by Dr. Subramanian.

Subramanian has brought several ideas to implement welfare programs effectively. His push for the behavioural economics of ‘Nudge’ is acknowledged for its potential to bring behavioural change in India. His idea of Thalinomics – what a common person pays for a vegetarian or non-vegetarian thali – has been acclaimed as the Indian Big Mac Index. Combined with the idea of The Bare Necessities index to measure the reach of water, sanitation, a healthy environment to the common citizen, these ideas enable robust measurement of the reach of welfare programs across India’s large population.

Dr Subramanian is on leave from the Indian School of Business, where he is a Professor of Finance. Dr Subramanian has been conferred the Distinguished Alumnus award by his alma mater IIT-Kanpur. Apart from being the youngest Chief Economic Adviser, Subramanian is among the youngest to receive this honour from his alma mater. His research in banking, law and finance, innovation and economic growth, and corporate governance has been published in the world's leading journals.