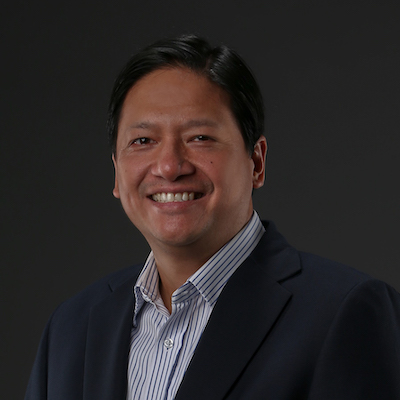 Eric Francia is the President and Chief Executive Officer of AC Energy Corporation (PSE:ACEN). Under his leadership, Ayala established its energy platform from a standing start in 2011, to become one of the largest renewable energy platforms in Southeast Asia, with over 2000 MW of attributable renewables capacity.

Eric is also a Managing Director and member of the Management Committee of Ayala Corporation since 2009, and was appointed as Chairman of Ayala’s Investment Committee in 2021. He is also a Director of various Ayala group companies including AC Infrastructure, AC Health, AC Ventures, and as Chairman and CEO of ACE Enexor.