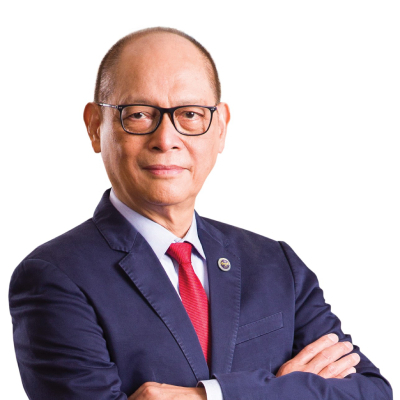 Secretary of Finance & Monetary Board Member

Department of Finance of the Philippines

Dr. Benjamin Diokno is a Filipino economist, columnist, and professor. Prior to his appointment he served as the governor of the Banko Sentral ng Pilipinas (Central Bank of the Philippines) and ex officio of Anti-Money Laundering Council. He previously served as the Secretary of the Department of Budget and Management under then President Duterte from 2016 to 2019, and under President Estrada from 1998 to 2001. He also served as undersecretary for Budget Operations of the Department of Budget and Management from 1986 to 1991 under President Corazon Aquino.

During the Aquino administration, Dr. Diokno provided technical assistance to several major reforms such as the design of the 1986 Tax Reform Program, which simplified income tax and introduced the value-added tax (VAT), and the 1991 Local Government Code of the Philippines. During the Estrada administration, Dr. Diokno initiated and instituted several reforms that would enhance transparency and improve the efficiency of the delivery of government services. In early 2000, Dr. Diokno and USAID successfully concluded a substantial technical assistance program for the DBM's budget reform programs, which now included procurement reform.