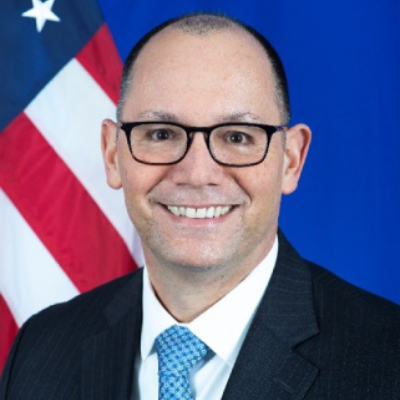 Ambassador Haas has also served as Chargé d’Affaires and Deputy Permanent Representative at the U.S. Mission to the Organization for Economic Cooperation and Development (OECD), U.S. Consul General in Mumbai, India, and Economic Counselor at the U.S. Embassy in Jakarta, Indonesia.  Other diplomatic postings include London, Rabat, Washington, Port-au-Prince, and Berlin.

Ambassador  Haas holds a BA in International Studies and German from Illinois Wesleyan University.  He attended the London School of Economics as a Marshall Scholar, where he earned MSc (Econ) degrees in both the Politics of the World Economy and Comparative Government.  He is the recipient of the State Department’s James Clement Dunn Award for Excellence and the Cordell Hull Award for Economic Achievement by Senior Officers.